Name of the TP Under PBSSD:  Asish Computer Centre

Name of the TP Under PBSSD:  Asish Computer Centre

Name of the TP Under PBSSD:  Sgrs Academic Private Limited

Capacity of Batch per Shift:  1

Name of the TP Under PBSSD:  Sgrs Academic Private Limited 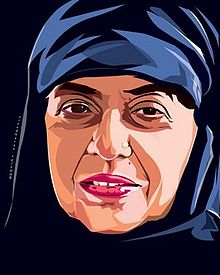 Kamala Surayya (born Kamala; 31 March 1934– 31 May 2009), popularly known by her (one-time) name Madhavikutty and Kamala Das, was an Indian English poetess and at the same time a leading Malayalam author from Kerala, India. Her popularity in Kerala is based chiefly on her short stories and autobiography, while her oeuvre in English, written under the name Kamala Das, is noted for the poems and explicit autobiography. She was also a widely read columnist and wrote on diverse topics including women’s issues, child care, politics among others.

Her open and honest treatment of female sexuality, free from any sense of guilt, infused her writing with power, but also marked her as an iconoclast in her generation. On 31 May 2009, aged 75, she died at a hospital in Pune.

On 1st February 2018, Google Doodle by artist Manjit Thapp celebrates the work Kamala Das left behind, which provides a window into the world of an engrossing woman.

She spent her childhood between Calcutta, where her father was employed as a senior officer in the Walford Transport Company that sold Bentley and Rolls Royce automobiles, and the Nalapat ancestral home in Punnayurkulam.

Like her mother, Balamani Amma, Kamala Das also excelled in writing. Her love of poetry began at an early age through the influence of her great uncle, Nalapat Narayana Menon, a prominent writer.

At the age of 15, she got married to bank officer Madhava Das, who encouraged her writing interests, and she started writing and publishing both in English and in Malayalam. Calcutta in the 1960s was a tumultuous time for the arts, and Kamala Das was one of the many voices that came up and started appearing in cult anthologies along with a generation of Indian English poets. English was the language she chose for all six of her published poetry collections.

She was noted for her many Malayalam short stories as well as many poems written in English. Das was also a syndicated columnist. She once claimed that “poetry does not sell in this country [India],” but her forthright columns, which sounded off on everything from women’s issues and child care to politics, were popular.

Das’ first book of poetry, Summer in Calcutta was a breath of fresh air in Indian English poetry. She wrote chiefly of love, its betrayal, and the consequent anguish. Ms. Das abandoned the certainties offered by an archaic, and somewhat sterile, aestheticism for an independence of mind and body at a time when Indian poets were still governed by “19th-century diction, sentiment and romanticised love.

At the age of 42, she published a daring autobiography, My Story; it was originally written in Malayalam (titled Ente Katha) and later she translated it into English. Later she admitted that much of the autobiography had fictional elements.

She was born in a conservative Hindu Nair (Nalapat) family having royal ancestry, She embraced Islam on December 11, 1999, at the age of 65 and assumed the name Kamala Surayya.

She gave interview as “I am against the Hindu way of cremating the dead. I do not want my body to be burnt. But this was only a minor consideration. I have always had a strong affection for the Islamic way of life. I adopted two blind Muslim children, Irshad Ahmed and Imtiaz Ahmed, and they brought me close to Islam. I had to study Islamic scriptures before teaching them. One is working as a professor in Darjeeling and another as a barrister in London.

Awards and other recognitions:

Kamala Das has received many awards for her literary contribution, including:

The Appointments Committee of the Cabinet has approved the appointment of Smt. Neelam Kapur, IIS (1982), as Director General, Sports Authority of India, by upgrading the post to the Apex scale, till her superannuation or until further orders, whichever is earlier.