1. Nobody can deny the fact that Indian economy is very different than American economy.

(a)   are very different than

(b)   is so much different than

(c)   are very different from

(d)   is very different from

2. Accurate statistics with regards to the area occupied in different forms of cultivation are difficult to obtain.

(a)   statistic with regards to

(b)   statistics with regard to

(c)   statistic with regard to

(d)   statistics in regard to

3. Seldom if ever was there any training or instructions in such tactics for either the bank crews or the infantry formations.

4. As soon as I opened the front door of my house, than I smelled the distinctive aroma of fresh coffee.

5. Although he had fewer supporters among the governing class, but he was able to get the popular vote.

6. The party explicitly denies that they are not involved in mainstream politics.

(a)   denied that they are not

(b)   denies that they were

7. I would rather be a poor man in a garret with plenty of good books to read than a king who did not loved

8. The relatively static lattice in a diamond ensures that the scattering is at a minimum and the thermal conductivity is exceptional

Directions (Q. Nos. 9-13) Select the phrase/connector (it must be at the start) from the given three options which can be used to form a single sentence from the two sentences given below, implying the same meaning as expressed in the statement sentences.

9. We see ourselves repeating our ordinary routine. We realize how much wealth surrounds our life.

(i) When we see ourselves……

(iii) Realizing how much wealth……..

10. There is a growing influence of the Indian Diaspora on Capitol Hill. Trump will certainly see the advantages of doing business with India.

(ii) The growing influence of the Indian …. .

(iii) With the growing influence of the Indian…… .

11. There was no democracy in British India. The rulers could take bold decisions fearlessly without bothering about repercussions.

(A) While eighty percent ….

13. Scientists build climate models – computer simulations of the climate system. They are doing this to further explore the causes and effects of global warming

Directions (Q. Nos. 14-19) Given below the sentences each of which has been divided into five parts out of which the first part has been marked bold. Each of the questions is then followed by the five options which given the sequence of the rearranged parts. You much choose the option which gives the correct sequence of the parts. If the sentence is already arranged or the correct sequence doesn’t match any of the given sequence, mark (e). i.e. “None of these” as your answer.

14. The apex court had ordered that the/of the biometric scheme and the enabling law (A)/ deadline be extended till the five-judge Constitution (B)/ on petitions challenging the validity (C)/ bench delivers its judgement (D)

16. My thoughts are with the families/ in this unfortunate accident (A)/ recovery of the injured (B)/ of those who have lost their loved ones (C)/ I pray for the speedy (D)

17. Several people became leaders/remained where they were (A)/ and Ministers after that (B)/ rally but the people (C)/ belonging to the community (D)

18. He also directed the department/to develop the new schools model (A)/ completion of construction work (B)/ construction technology for early (C)/ institutions and engage modern (D)

19. The us is a /to its being an open society (A)/ nation of immigrants (B)/ in the present global order (C)/ and owes its predominant position (D).

Directions (Q. Nos. 20-25) Read the following passage carefully and answer the questions given below it. Certain words are given in bold to help you locate them while answering some of the questions.

Have you heard that the economy is like a car? it’s the most popular analogy in financial reporting and political discourse. The American people are repeatedly told by financial pundits and politicians that consumption is an ‘engine’ that ‘drives’ economic growth because it makes up 70% of GDP. One notable Nobel-winning economics pandit with a penchant for bizarre growth theories even recently noted that an economy can be ‘based on purchases of yachts, luxury cars and the services of personal trainers and celebrity chefs.’ Conversely, other economists including Nobel-winner Joseph Stiglitz claim that our economy is stuck in ‘first gear’ due to inequality: too much income is concentrated among too few rich people who tend to save larger share of their income and thus have a lower ‘marginal propensity to consume’. The Keynesian message is clear: if you want to put the economic pedal to the metal, get out there and consume! Not so fast, Speed Racer. The systematic failure by Keynesian economists and pundits to distinguish between consuming and producing value is the single most damaging fallacy in popular economic thinking. If the economy were a car, consumer preferences would surely be the steering wheel, but real savings and investment would be the engine that drivers it forward.

Economic growth (booms) and declines (bust) have always been led by changes in business and durable goods investment, while final consumer goods spending has been relatively stable through the business cycle. Booms and busts in financial markets, heavy industry and housing have always been leading indicators of recession and recovery.

As John Stuart Mill put it two centuries ago, ‘the demand for commodities is not the demand for labor, labor’. Consumer demand does not necessarily translate into increased employment. That’s because ‘consumers’ don’t employ people. Businesses do. Since new hires are a risky and costly investment with unknown future returns, employers must rely on their expectations about the future and weigh those decision very carefully. As economic historian Robert Higgs’ pioneering work on the Great Depression suggests, increased uncertainty can depress job growth even in the face of booming consumption. As recent years have demonstrated, consumer demand that appears to be driven by temporary or unsustainable polices is  unlikely to induce businesses to hire.

20. Choose the word with is Most Similar to the word given in passage.

21. Which of the following is the most suitable title for the passage above?

(a)   Recession and Recovery

(b)   Consumer: The Driving Force for Economy

(b)   If you want to regulate the economy, consumption is the only force.

(c)   The Penchant of the consumers controls the economy.

(d)   The consumer preferences are not at per with savings and economy in driving the economy.

23. Which of the following statements is/are correct in context with the passage?

(a)   Economists fail to distinguish between consuming and producing value and form a mistaken belief.

(b)   Economic growth and declines have always been led by changes in business and durable goods investment.

(c)   Income distribution is evenly distributed among the rich and is compatible with the tendency to consume.

24. Which of the following is/are likely to induce businesses to hire?

25. Choose the word which is Most Opposite to the word given in passage. 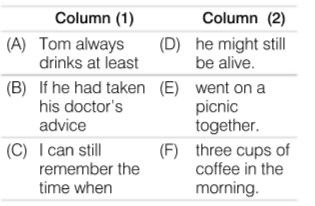 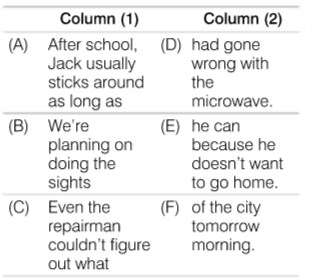 Directions (Q. Nos. 31-35) Study the following information carefully and answer the questions given below.

31. Which among the following box/boxes is kept exactly between Box D and Box B?

32. How many chocolates are kept in box E?

33. Which among the following boxes contains the maximum and minimum number of chocolates respectively?

34. Which of the following combination is not true?

35. Which among the following boxes is kept immediately below box B?

Directions (Q. Nos. 36-40) Study the following information carefully to answer the given questions.

Number arrangement machine when given an input line of numbers rearranges them following a particular rule in each step. The following is an illustration of input and rearrangement.

Step VI is the last step

37. How many numbers are there between the one which is 2nd from the left end and 99 in step II?

38. What is the position of 35 from the left end in second last step?

40. Which of the following number is 5th from the right end in step V?

Directions (Q. Nos. 41-42) Study the following information carefully and answer the given questions.

41. If Point U is 10m East of Point P, then Point S is how far and in which direction from point U?

42. Point P is in which direction from point T?

44. Statement Six boys J, K, L, M, N, O are there in a classroom each of them is of different heights. Who among the following is the tallest?

45. Statements Six persons R, S, T, U, V, W lives on a six storey building such as ground floor is numbered as 1 and above it 2 floor and so on …. upto top floor numbered as 6. How many persons live between R and T?

(I) T lives on an even numbered floor, but not on top floor. Only two persons live between W and T. R lives below W.

46. Statement Six persons A, B, C, D, E F are sitting in row. All of them are facing North direction. Who among the following sits second from the right end?

(I) B sits at end extreme end of the row. A sits second to the right of B. Only one person sits between A and C. E sits immediate right of C.

(II)  E sits third to the right of D. Only one person sits between E and A. F sits to the right to E. C is an immediate neighbor of E.

Directions (Q. Nos. 48-52) In these questions, relationship between different elements is shown in the statements. The statements are followed by conclusions.

(a) if only conclusion I is true

(b) if only conclusion II is true

(c) if either conclusion I or II is true

(d) if neither conclusion I nor II is true

(e) if both conclusions I and II are true

Directions (Q. Nos. 53-57) Study the following information carefully and answer the questions given below.

Eight persons B, C, D, E, M, N, O, J were born in different months i.e. January, April, June, October on two different dates 16th or 24th. Only One person was born on one date. They all like different flowers i.e. lily, jasmine, hibiscus, marigold, rose, sunflower, lotus, daffodil, but not necessarily in the same order.

53. Who among the following likes marigold?

54. Who was born exactly between the one who likes Rose and M?

55. Which of the following flower is liked by D?

56. Which among the following combination is not true?

57. How many persons were born before O?

In a certain code language

“Entire Money Board Perfect” is written as

58. What is the code of ‘Radio’ in the given code language?

59. What is the code for the word ‘Rising Normal’ in the given code language?

61. What is the code for ‘Elegant’ in the given code language?

Directions (Q. Nos. 62-65) Read the following information carefully to answer the questions given below.

62. Who among the following faces P?

63. Who among the following sits at the end of the row?

64. How many persons sits to the right of B?

65. Who among the following faces N?

Directions (Q. Nos. 66-70) Bar graph given below shows pens sold by a retailor on five different days. Study the data carefully and answer the following questions Quantity I- Sum of second number and eight number in S1

Directions (Q. Nos. 76-80) What number is wrong according to given number series pattern.

82. In a box there are 6 blue ball, X red balls and 10 green balls. Probability of choosing one red ball from the given box is 1/3. Then find the sum of red and blue balls in the box.

85. What is the probability of forming word from the letters of word “IMPEACH” such that all vowels come together? 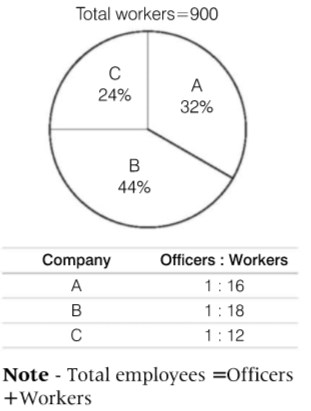 98. If sum of investment of A in both schemes and total profit obtained by A from both scheme is invested at compound Interest at the rate of 20% p.a., then find the total compound interest obtained in 2 years.