Some Applications of Trigonometry NCERT Solutions

Matter in Our Surroundings Solutions

Is Matter Around Us Pure Solutions

Structure of the Atom Solutions

Why Do We Fall Ill Solutions

Carbon and its Compounds Solutions

How do Organisms Reproduce Solutions 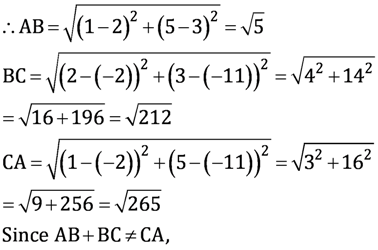 Yes, we can find the distance between the given towns A and B.

And hence, as calculated above, the distance between town A and B will be 39 km.

Similar to that of spherical mirror, only the difference is that all the measurement are made from optical centre ‘O’ 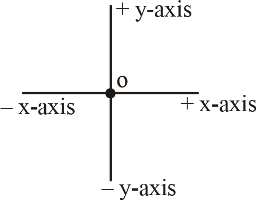 The degree of convergence or divergence of light ray achieved by a lens is known as power of a lens.

It is defined as the reciprocal of its focal length Represented by P.

Power of concave lens or diverging lens is always negative

If any optical instrument have many lens, then net power will be

A transparent material bound by two surface, of which one or both surfaces are spherical, forms a lens.

It is also known as converging lens because it converges the light.

It is also known as diverging lens because it diverges the light. 3. Optical Centre : The central point of lens is its optical centre (O). A ray of light, when passes through ‘O’ it remains undeviated i.e. it goes straight.

4. Aperture : The effective diameter of the circular outline of a spherical lens.

5. Focus of lens : Beam of light parallel is principal axis, after refraction from

1. Convex lens, converge to the point on principal axis, denoted by F, known as Principal focus

2. Concave lens, appear to diverge from a point on the principal axis, known as principal focus.

The distance OF2 and OF1 is called as focal length

(a) After refraction, a ray parallel to principal axis will pass through F.

(b) A ray passes through F, after refraction will emerge parallel to principal axis.

(c) A ray passes through optical centre ‘O’, passes without any deviation. When a incident ray of light AO passes from a rarer medium (air) to a denser medium (glass) at point. O on interface KL, it will bends towards the normal. At point O1, on interface NM the light ray entered from denser medium (glass) to rarer medium (air) here the light ray will bend away from normal OO1is a refracted ray OB is an emergent ray. If the incident ray is extended to C, we will observe that emergent ray O1B is parallel to incident ray. The ray will slightly displaced laterally after refraction.

Note : When a ray of light is incident normally to the interface of two media it will go straight, without any deviation.

Laws of refraction of light

1. The incident ray, the refracted ray and the normal to the interface of two transparent media at the point of incidence, all lie in the same plane.

for given colour and pair of media, this law is also known as Snells Law

Refractive index of air with respect to glass is given by Refraction of Light : Happens in Transparent medium when a light travels from one medium to another, refraction takes place.

Refraction is due to change in the speed of light as it enters from one transparent medium to another.

Speed of light decreases as the beam of light travel from rarer medium to the denser medium.

Some Commonly observed phenomenon due to Refraction

1. The stone at the bottom of water tub appears to be raised.

2. A fish kept in aquarium appears to be bigger than its actual size.

3. A pencil partially immersed in water appears to be displaced at the interface of air and water.