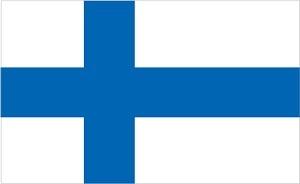 etymology: name may derive from the ancient Fenni peoples who are first described as living in northeastern Europe in the first centuries A.D.

etymology: the name may derive from the Swedish “helsing,” an archaic name for “neck” (“hals”), and which may refer to a narrowing of the Vantaa River that flows into the Gulf of Finland at Helsinki; “fors” refers to “rapids,” so “helsing fors” meaning becomes “the narrows’ rapids”

civil law system based on the Swedish model

citizenship by descent only: at least one parent must be a citizen of Finland

head of government: Prime Minister Juha SIPILA (since 29 May 2015); note – he resigned on 8 March 2019 after Parliament voted down his health program; President NIINISTO asked him to stay as a caretaker prime minister until after the 14 April 2019 new elections

cabinet: Council of State or Valtioneuvosto appointed by the president, responsible to Parliament

elections/appointments: president directly elected by absolute majority popular vote in 2 rounds if needed for a 6-year term (eligible for a second term); election last held on 28 January 2018 (next to be held in January 2024); prime minister appointed by Parliament

judge selection and term of office: Supreme Court and Supreme Administrative Court judges appointed by the president of the republic; judges serve until mandatory retirement at age 68

Finland Diplomatic representation in the US:

Finland Diplomatic representation from the US:

white with a blue cross extending to the edges of the flag; the vertical part of the cross is shifted to the hoist side in the style of the Dannebrog (Danish flag); the blue represents the thousands of lakes scattered across the country, while the white is for the snow that covers the land in winter

note: in use since 1848; although never officially adopted by law, the anthem has been popular since it was first sung by a student group in 1848; Estonia’s anthem uses the same melody as that of Finland