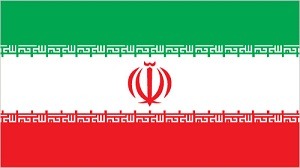 country comparison to the world: 9

country comparison to the world: 18

general assessment: opportunities for telecoms growth, but the disadvantage of lack of significant investment; one of the largest populations in the Middle East with a huge demand for services; mobile penetration is high with over 125% accessing 2G & 3G; 4G LTE becoming available; Iranian-net, is currently expanding a fiber network to have 8 million customers by 2020

domestic: 38 per 100 for fixed-line and 106 per 100 for mobile-cellular subscriptions; heavy investment by Iran’s state-owned telecom company has greatly improved and expanded both the fixed-line and mobile cellular networks; a huge percentage of the cell phones in the market have been smuggled into the country

state-run broadcast media with no private, independent broadcasters; Islamic Republic of Iran Broadcasting (IRIB), the state-run TV broadcaster, operates 19 nationwide channels including a news channel, about 34 provincial channels, and several international channels; about 20 foreign Persian-language TV stations broadcasting on satellite TV are capable of being seen in Iran; satellite dishes are illegal and, while their use is subjectively tolerated, authorities confiscate satellite dishes from time to time; IRIB operates 16 nationwide radio networks, a number of provincial stations, and an external service; most major international broadcasters transmit to Iran (2018)

country comparison to the world: 19

country comparison to the world: 17

Other Pages Relating to Country Iran:

Iran at a Glance and One Page Summary