1. A very long wire ABDMNDC is shown in figure carrying current i. AB and BC parts are straight, long and at right angle. At D wire forms a circular turn DMND of radius R. AB, BC are tangential to circular turn at N and D. Magnetic field at the centre of circle is 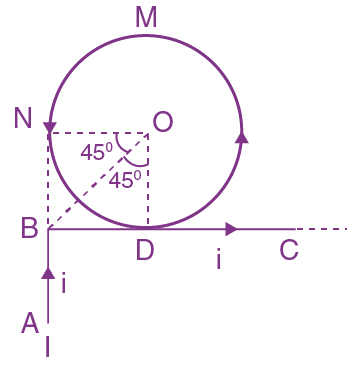 2. A particle moves such that its position vector

where ω is a constant and t is time. Then which of the following statements is true for the velocity

both are perpendicular to

both are parallel to

is directed away from the origin

is directed towards the origin

3. Consider two charged metallic sphere S1 and S2 of radii r1 and r2, respectively. The electric fields E1(on S1) and E2(on S2) on their surfaces are such that

4. A transverse wave travels on a taut steel wire with a velocity of V when tension in it is 2.06 × 104 N. When the tension is changed to T, the velocity changed to V/2. The value of T is close to

5. A particle of mass m is dropped from a height ℎ above the ground. At the same time another particle of the same mass is thrown vertically upwards from the ground with a speed of √2gh. If they collide head-on completely inelastically, the time taken for the combined mass to reach the ground, in units of

6. A Carnot engine having an efficiency of 1/10 is being used as a refrigerator. If the work done on the refrigerator is 10 J, the amount of heat absorbed from the reservoir at lower temperature is

7. Two liquids of density ρ1 and ρ2 (ρ2 = 2ρ1) are filled up behind a square wall of side 10 𝑚 as shown in figure. Each liquid has a height of 5 𝑚. The ratio of forces due to these liquids exerted on the upper part MN to that at the lower part NO is (Assume that the liquids are not mixing) 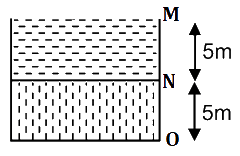 8. As shown in figure, when a spherical cavity (centered at O) of radius 1 m is cut out of a uniform sphere of radius 𝑅 (centered at C ), the center of mass of remaining (shaded) part of sphere is shown by COM, i.e. on the surface of the cavity. R can be determined by the equation 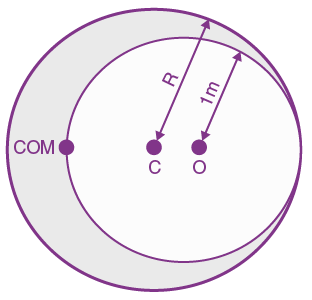 9. A particle of mass m and charge q is released from rest in uniform electric field. If there is no other force on the particle, the dependence of its speed V on the distance x travelled by it is correctly given by (graphs are schematic and not drawn to scale) 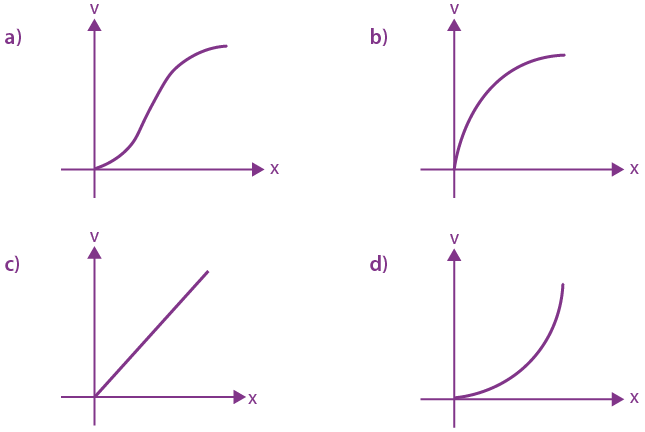 11. Consider a mixture of 𝑛 moles of helium gas and 2𝑛 moles of oxygen gas (molecules taken to be rigid) as an ideal gas. Its (Cp/Cv) value will be

12. A uniform sphere of mass 500 gm rolls without slipping on a plane horizontal surface with its centre moving at a speed of 5 cm/s. Its kinetic energy is

13. A capacitor is made of two square plates each of side ‘a’ making a very small angle 𝛼 between them, as shown in figure. The capacitance will be close to 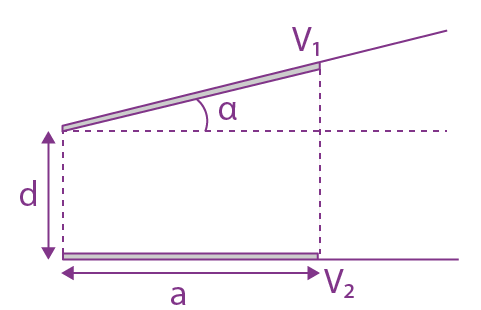 14. In a double-slit experiment, at a certain point on the screen the path difference between the two interfering waves is 1/8th of a wavelength. The ratio of the intensity of light at that point to that at the centre of a bright fringe is

15. As shown in figure, a battery of emf ε is connected to an inductor L and resistance R in series. The switch is closed at t = 0. The total charge that flows from the battery, between t = 0 and 𝑡 = tc (tc is the time constant of the circuit) is 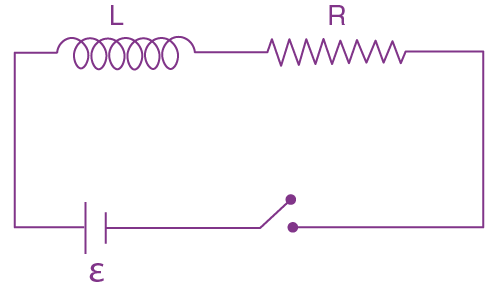 16. A plane electromagnetic wave of frequency 25 GHz is propagating in vacuum along the z direction. At a particular point in space and time, the magnetic field is given by

The corresponding electric field is given by

17. An object is gradually moving away from the focal point of a concave mirror along the axis of the mirror. The graphical representation of the magnitude of linear magnification (m) versus distance of the object from the mirror (x) is correctly given by (Graphs are drawn schematically and are not to scale) 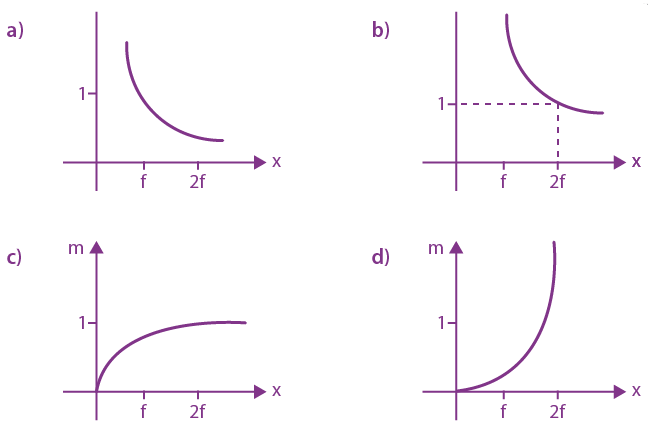 18. A simple pendulum is being used to determine the value of gravitational acceleration g at a certain place. The length of the pendulum is 25.0 cm and a stop watch with 1 sec resolution measures the time taken for 40 oscillations to be 50 sec. The accuracy in g

is an electric field 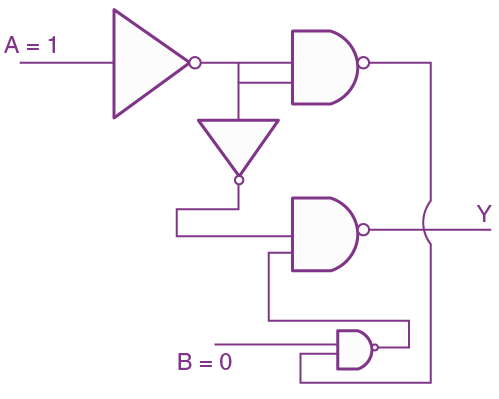 (c)  Will not execute

23. Three containers C1, C2 and C3 have water at different temperatures. The table below shows the final temperature T when different amounts of water (given in liters) are taken from each container and mixed (assume no loss of heat during the process)

The value of θ (in °C to the nearest integer) is

24. An asteroid is moving directly towards the centre of the earth. When at a distance of 10R (R is the radius of the earth) from the earth’s centre, it has a speed of 12 km/s. Neglecting the effect of earth’s atmosphere, what will be the speed of the asteroid when it hits the surface of the earth (escape velocity from the earth is 12 km/s )? Give your answer to the nearest integer in km/s

1. Arrange the following bonds according to their average bond energies in descending order:

3. A metal (A) on heating in nitrogen gas gives compound B. B on treatment with H2O gives a colourless gas which when passed through CuSO4 solution gives a dark blue-violet coloured solution. A and B respectively, are :

4. The correct order of the calculated spin-only magnetic moments of complexes A to D is:

6. Consider the following plots of rate constant versus 1/T for four different reactions. Which of the following orders is correct for the activation energies of these reactions? 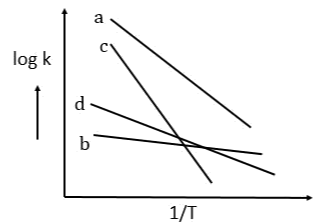 7. Which of the following compounds is likely to show both Frenkel and Schottky defects in its crystalline form?

8. White phosphorus on reaction with concentrated NaOH solution in an inert atmosphere of CO2 gives phosphine and compound (X). (X) on acidification with HCl gives compound (Y). The basicity of compound (Y) is:

9. Among the reactions (a) – (d), the reaction(s) that does/do not occur in the blast furnace during the extraction of iron is/are:

10. The increasing order of the atomic radii of the following elements is:

11. Among (a) – (d), the complexes that can display geometrical isomerism are:

12. For the following Assertion and Reason, the correct option is:.

Assertion: The pH of water increases with increase in temperature.

Reason: The dissociation of water into H+ and OH− an exothermic reaction.

(a)  Both assertion and reason are false.

(b)  Assertion is not true, but reason is true.

(c)  Both assertion and reason are true and the reason is the correct explanation for the assertion.

(d) Both assertion and reason are true, but the reason is not the correct explanation for the assertion.

13. For the following Assertion and Reason, the correct option is:

Assertion: For hydrogenation reactions, the catalytic activity increases from group-5 to group11 metals with maximum activity shown by group 7-9 elements

Reason: The reactants are most strongly adsorbed on group 7-9 elements

(a)  Both assertion and reason are false.

(b)  The assertion is true, but the reason is false.

(c)  Both assertion and reason are true, but the reason is not the correct explanation of assertion

14. The major product of the following reactions is: 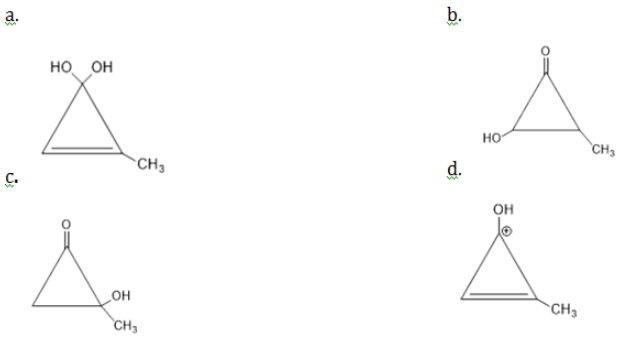 15. Find The major product [B] of the following sequence of reactions is: 16. Among the following compounds A and B with molecular formula C9H18O3, A is having higher boiling point than B. The possible structures of A and B are

17. Kjeldahl’s method cannot be used to estimate nitrogen for which of the following compounds?

19. Preparation of Bakelite proceeds via reactions:

(a)  Electrophilic substitution and dehydration.

(b)  Electrophilic addition and dehydration.

20. Two monomers of maltose are:

22. For an electrochemical cell

25. In the following sequence of reactions, the maximum number of atoms present in molecule ‘C’ in one plane is _____

(Where A is a lowest molecular weight alkyne).

be two vectors. If

is a vector such that

6. If α and β be the coefficients of x4 and x2 respectively in the expansion of

then a and b are the roots of the quadratic equation:

Which of the following points lies on  this plane?

13. Which of the following statements is a tautology?

19. The system of linear equations

(b)  infinitely many solutions when λ = 2