2. The recent measures to improve the output would _______ the level of production to our satisfaction.

4. In one of the greatest innings ever seen in 142 years of Test history, Ben Stokes upped the tempo in a five-and-a-half hour long stay of 219 balls including 11 fours and 8 sixes that saw him finish on a 135 not out as England squared the five-match series.

Based on their connotations in the given passage, which one of the following meanings DOES NOT match?

5. There are five levels {P, Q, R, S, T} in a linear supply chain before a product reaches customers, as shown in the figure.

6. Climate change and resilience deal with two aspects – reduction of sources of non-renewable energy resources and reducing vulnerability of climate change aspects. The terms ‘mitigation’ and ‘adaptation’ are used to refer to these aspects, respectively.

Which of the following assertions is best supported by the above in information?

(A)  Mitigation deals with consequences of climate change.

(B)  Adaptation deals with causes of climate change.

(C)  Mitigation deals with actions taken to reduce the use of fossil fuels.

7. Find the missing element in the following figure. 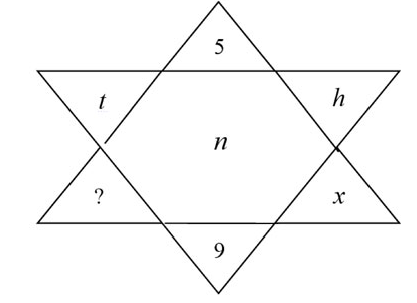 8. It was estimated that 52 men can complete a strip in a newly constructed highway connecting cities P and Q in 10 days. Due to an emergency, 12 men were sent to another project. How many number of days, more than the original estimate, will be required to complete the strip?

9. An engineer measures THREE quantities X, Y and Z in an experiment. She finds that they follow a relationship that is represented in the figure below : (the product of X and Y linearly varies with Z) 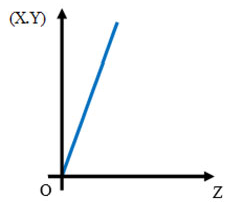 Then, which of the following statements is FALSE?

(A)  For fixed Z; X is proportional to Y

(B)  For fixed Y; X is proportional to Z

(C)  For fixed X; Z is proportional to Y 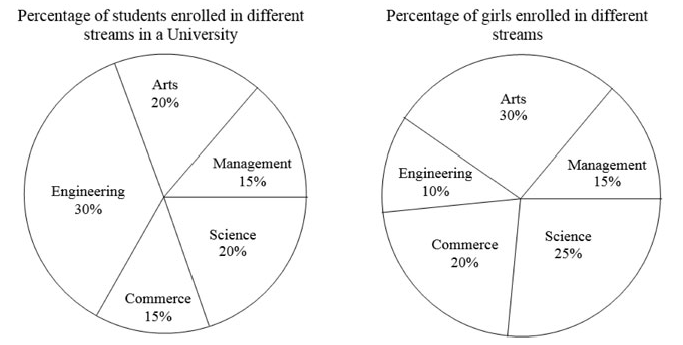 1. Among the following, the suitable reagents for the given transformation is:

2. Major product formed in the following reaction sequence is: 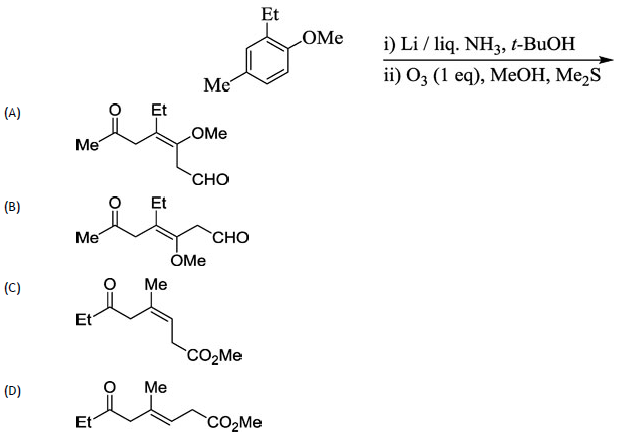 3. Major product formed in the following reaction is: 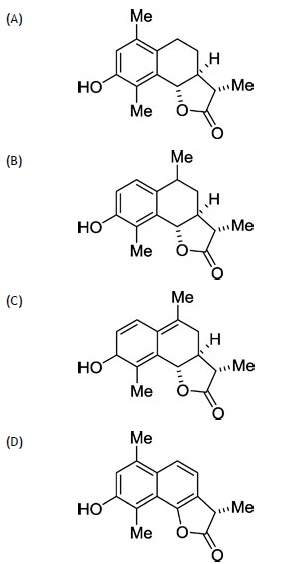 4. Major product formed in the following transformation is: 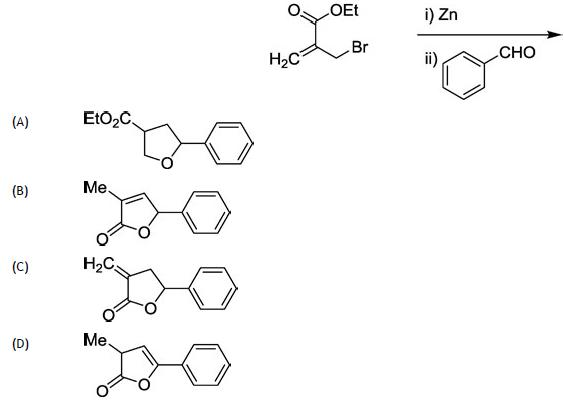 5. Absolute stereochemistry of the given compound is:

6. In the following reaction sequence,

the major product P and Q are : 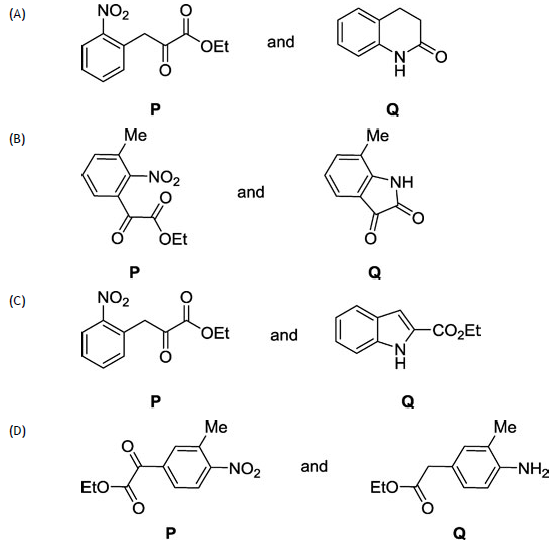 7. Major product formed in the given reaction is: 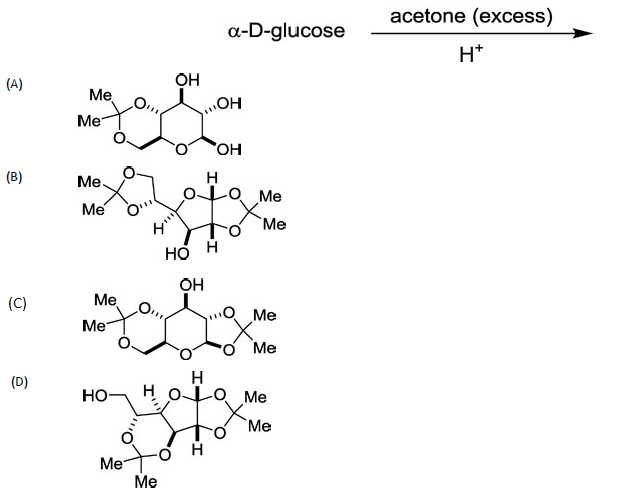 8. The CORRECT statement regarding the substitution of coordinated ligands in Ni(CO)4 and CO(NO)(CO)3 is:

(Given Co―N―O bond is nearly linear; atomic numbers of Co and Ni are 27 and 28, respectively)

(A)  Ni(CO)4 and Co(NO)(CO)3 follow associative and dissociative pathways, respectively.

(B)  Ni(CO)4 and Co(NO)(CO)3 follow dissociative and associative pathways, respectively.

9. The CORRECT statement about hexagonal boron nitride is :

(A)  It is a good electrical conductor.

(B)  It has same layer stacking as that of graphite.

(C)  It is reactive towards fluorine.

(D)  It has lower thermal stability in air compared to that of graphite.

10. In oxyhemocyanin, the coordination number, mode of oxygen binding, color and the net magnetic behavior of copper ions, respectively are:

11. Among the following species, the one that has pentagonal shape is:

13. Among the following linear combination of atomic orbitals, the CORRECT representation of the lowest unoccupied π-molecular orbital of butadiene is:

14. The activity of ‘m’ molal CuSO­4 solution can be expressed in terms of its mean activity coefficient (γ±) as:

15. The character table for a pyramidal AB3 molecule of C3v point group is given below:

The reducible representation of pyramidal AB3 is

The CORRECT option representing all the normal Raman active modes of pyramidal AB3 is :

16. In the following reaction,

the total number of aromatic species is________

18. The maximum number of microstates of d2 electronic configuration is_________

19. In a uranium recovery process, an aqueous solution of uranyl ion is evaporated, dried in air at 400°C and subsequently reduced with hydrogen at 700°C to obtain a uranium compound (X). The oxidation state of uranium in X is __________

21. In an NMR spectrometer operating at a magnetic field strength of 16.45 T, the resonance frequency (in MHz, rounded off to one decimal place) of 19F nucleus is ________

24. For an enzyme catalyzed reaction, the plot of inverse of initial rate against inverse of initial substrate concentration is linear with slope 0.16 s and intercept 2.12 mol−1 L s. The estimated value of Michaelis constant (in mol L−1, rounded off to two decimal places is ________

26. Major product formed in the following reaction sequence is: 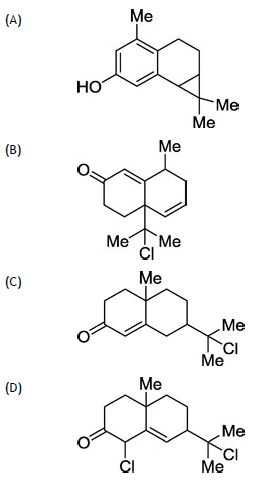 27. Major products P and Q, in the given reaction sequence, are: 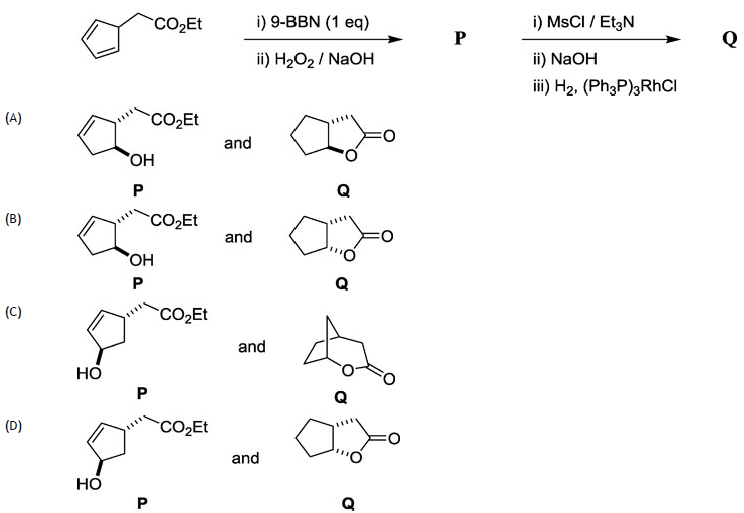 28. Major products P and Q, formed in the reactions given below, are: 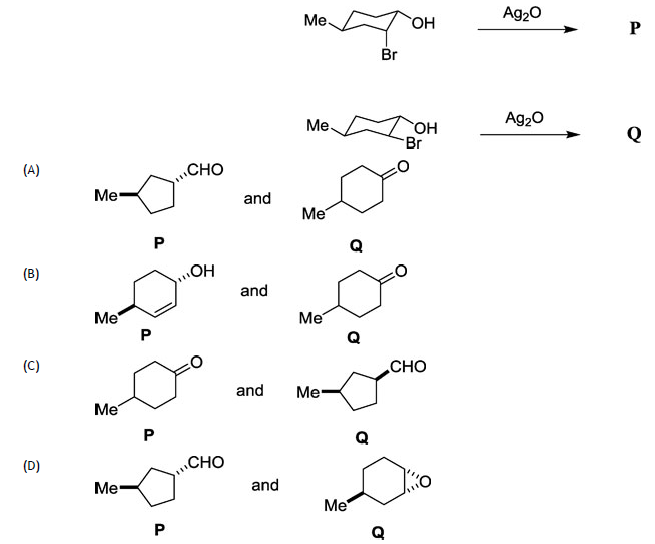 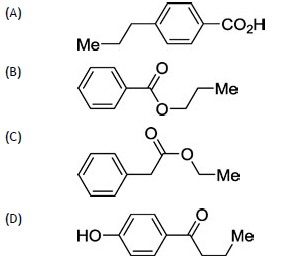 30. Major product formed in the following synthetic sequence is: 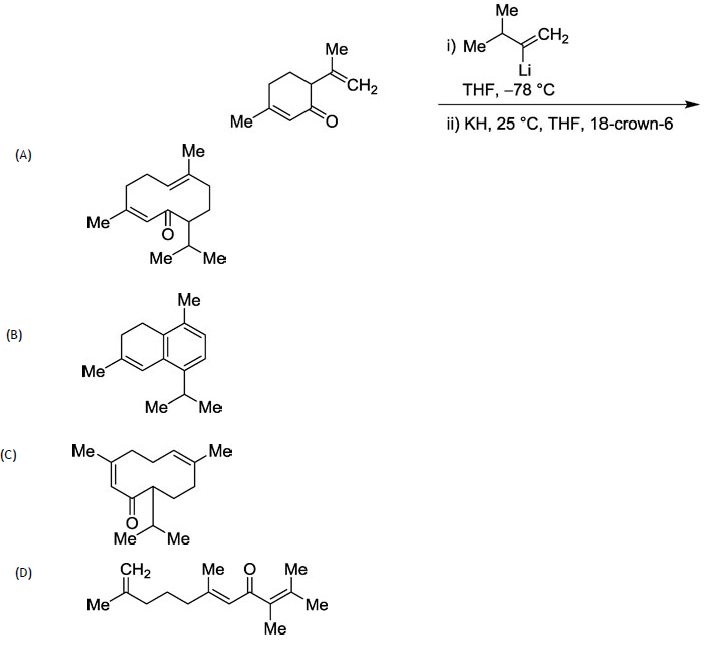 31. The CORRECT statement with respect to the stereochemistry of α-hydroxy acids P and Q formed in the following reactions is:

(A)  Both P and Q are formed with retention of configuration.

(B)  Both P and Q are formed with inversion of configuration.

32. The rate of solvolysis of the given compounds is in the order

33. In the following reaction sequence, the major products Q and R are: 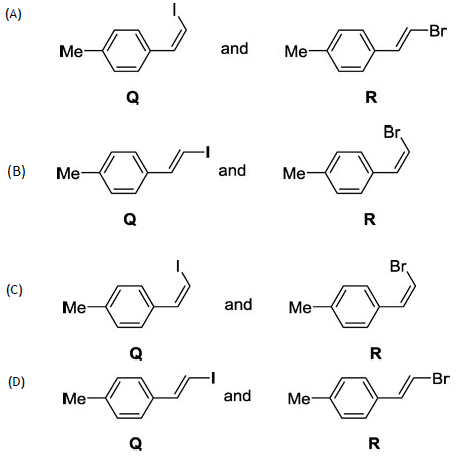 35. The experimental magnetic moment (3.4 BM) of a hydrated salt of Eu3+ at 27°C is significantly different from the calculated value. The difference is due to

(A)  population of electrons at higher J level(s) via thermal excitation.

(D)  pairing of electrons in f-orbitals.

36. The CORRECT combination of L1 and L2 among H−, NO−, MeCH2− and CO, that will satisfy the 18 electron rule for both metal centers in the following neutral molecule, is

37. In the following reaction sequence,

the structure of B is 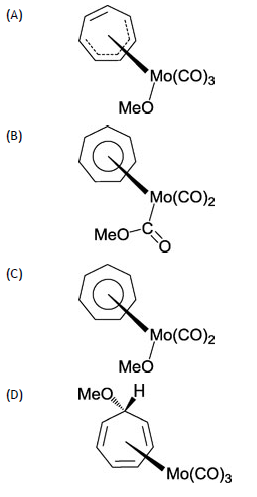 38. The following table lists the reaction/conversion catalyzed by metalloenzymes. 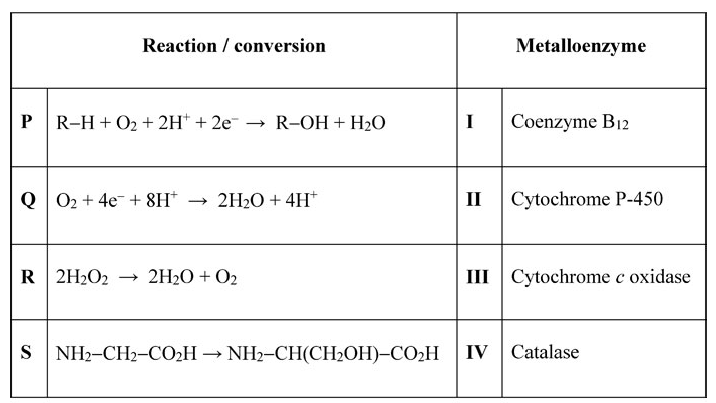 The correct combination is

with thermal neutron is represented below.

are the primary fission fragment pair, which undergo series of radioactive decay to form stable nuclei X3 and X4 (chain enders). The X3 and Y4, respectively are:

40. The CORRECT ‘voltage (E) versus time’ excitation signal used in cyclic voltammetry is

41. The hydrogen-like radial wave function of the 3s orbital is given as

44. Among the following sets, 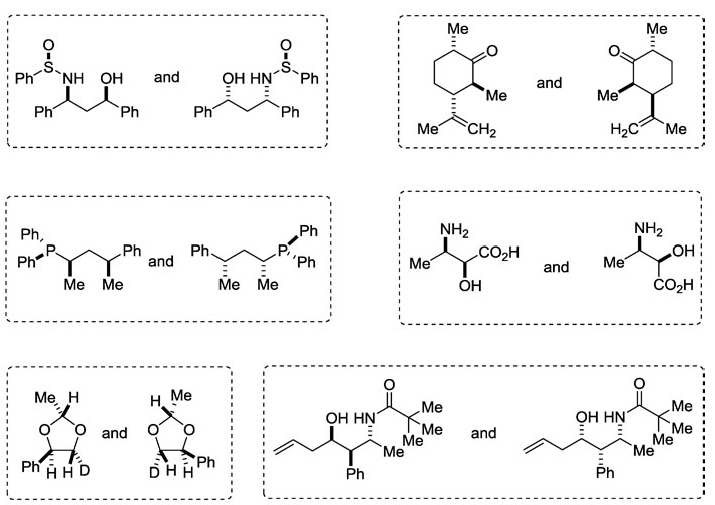 (Given: The true ground state energy of the above system is h2/8ma2;

51. Assuming no interaction between vibrational and rotational energy levels in HF, the frequency (in cm−1, rounded off to the nearest integer) of the R branch line originating from J = 4 in its IR spectrum is ________