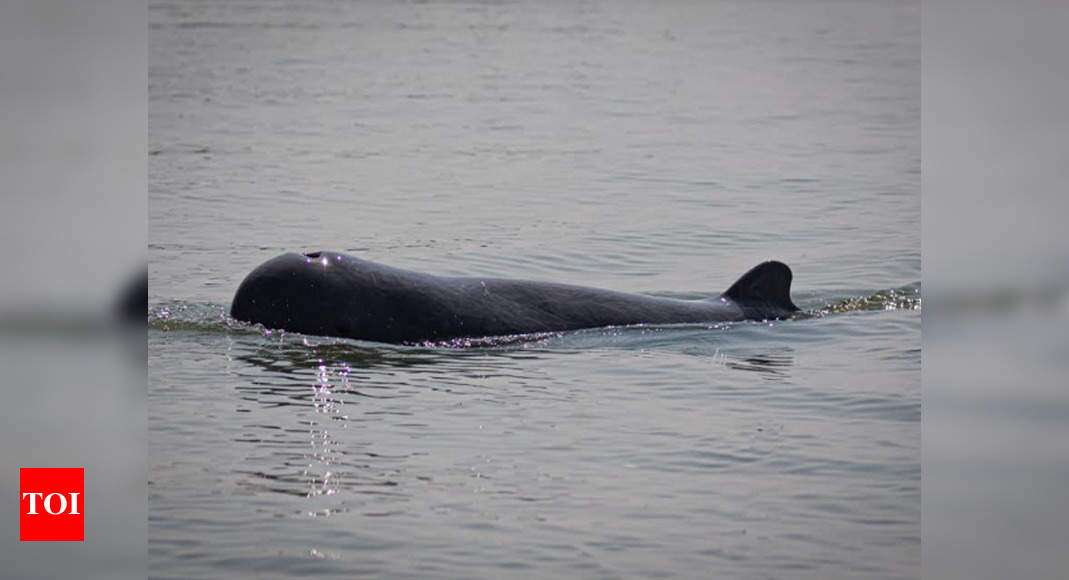 
BHUBANESWAR: As many as 146 dolphins sighted in Chilika Lake, a brackish water lagoon in Odisha, during annual census carried out by the forest department on Sunday.
But the exact number of the adult and calf population will be provided by wildlife wing of the forest department in a few days time after detailed analysis, said Chilika Development Authority (CDA) chief executive Susanta Nanda on Monday.
Motorised boats were prohibited on the day for the census work. A total of 18 teams were deployed for this purpose. GPS tracking binoculars were used for the first time in counting the dolphins.

Results of Dolphin census today indicated population of 150+ for the 1st time in the Chilika lake. Clear colonisat… https://t.co/GIWqlOBLdC

“Results of dolphin census today indicated population of 150+ for the first time in the Chilika Lake. Clear colonisation of newer areas gives hope for future,” he tweeted. He also said this only vets the estimate of CDA done round the year by using hydrophone. CDA’s estimated population range was 133-172, he added.
During their estimation through hydrophone, they had found these aquatic mammals at Magarmukh, Jahnikuda, Mahisa, Rajhans, Nalabana, Kalijugeswar, Malatikuda, Pathara, Samal Island, Kalijai Island, INS Chilika, Krishnaprasad Gada Jetty and Satapada Jetty.
It is colonising new areas in central and southern sector near Kalijai island and Rambha areas. These areas were made free from encroachments from gherries, said the official sources.
Nanda said all pen culture inside the lake have been removed. CDA has reclaimed 160+ square kilometres of encroached area in last two years. “That’s almost 15% of the lake. Increased bird & Dolphin population is mainly attributed to that,” he said, adding, “The last take away is that the population is likely to increase in next couple of years.”
Only 113 dolphins were sighted in the lagoon last year. The number was 162 in 2018.