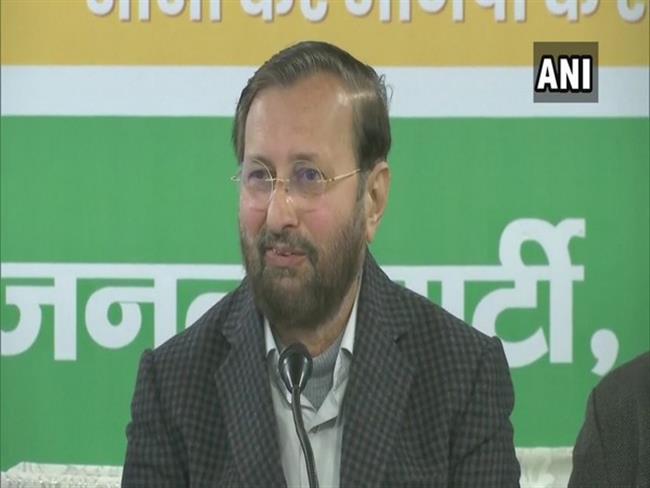 “People are wondering why it always happens that the language of AAP, Congress and Imran Khan is the same. Imran Khan raises the same question as do AAP and Congress,” said Javadekar, while addressing a press conference here on Friday.

“We condemn this sort of politics,” he said.

“Yesterday what Delhi Chief Minister Arvind Kejriwal and Deputy Chief Minister Manish Sisodia said showed that Shaheen Bagh protest is the handiwork of Congress and AAP. There is an effort to mislead the people. Slogans like ‘Jinnah wali Azadi’ are being raised. People need to decide what they want — Jinnah wali Azadi or Bharat Mata ki Jai,” said Javadekar.

Demonstrations have been ongoing in the area since December 15 last year and protestors have blocked Kalindi Kunj-Shaheen Bagh stretch, causing inconvenience to the daily commuters.

Recently, the Delhi High Court asked the Delhi Police to look into the matter of blockage of Kalindi Kunj road due to the protest at Shaheen Bagh. (ANI)