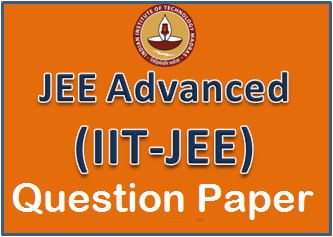 The JEE Advanced Examination which was held on 24th May 2015 across exam centres through out India got mixed response from students fraternity. Students who qualified JEE Main 2015 and ranked within top 1,50,000 candidates were eligible for appearing the test. JEE Advanced 2015 score will form the basis of selection for admission into 16 IITs and Indian School of Mines (ISM), Dhanbad for courses such as Bachelor’s Engineering, Dual Degree, and Integrated Masters degree programmes.

Students found Chemistry within expected lines while Physics and Mathematics questions were relatively difficult. Chemistry paper also included matrix based questions which were previously asked in old IIT exams. Mathematics and Physics portions were time consuming and complex in nature leaving many incomplete the paper within allotted time. Many others were also happy to answer all the questions in due time and expecting their results in good numbers.

“The question surprised me having higher on negative markings and more multiple answer type questions”, said Kshyama Mundari a student from Delhi. Each paper said to have three sections and more negative markings. Another student Jayant Goenka from Nagpur made similar statement who said to have practised a lot many model papers before the examination. The time allowed was not sufficient for many students, what he added.

It is imperative that utmost care be taken while filling online application form for JEE Main 2015.

Note: It is in candidate’s own interest they should take printout of JEE Main 2015 Information Bulletin and fill particulars in a format given inside the bulletin before filling online application. This process will reduce the mistake and helpful for candidates who fill the online application form at browsing centres. Last year many applications rejected for mistakes in data and most of them are filled at browsing centres. Check your photograph format before uploading. The format is mentioned in JEE Main Information Bulletin.