The main river which flows from near the district is River Chambal. The district is spread over 103 km from north to south and the calculated width of the district is 104 km from east to west. Mamooni is the highest hill situated in the district with a height of 546 m above sea level

Dolmela is organised at the Dol Talab (Pond) in the Baran city from Jaljhulni Akadshi. The main attraction of this day is a big Shobha Yatra (procession) which have about 54 Dev Viman (The Holy Statue Carriers) which is also known as DOL, of all the major temples of the city. In this procession some Akhadas also demonstrates their Kartab (type of physical exercise). The procession started from Shreeji temple comes to the Dol Talab where all the Dev Vimans are worshiped and then these are sent back to the respective temples. This fair is organised for 15 days which is very popular among the local residents as well as the residents from the Rajasthan state. People from adjoining Madhya Pradesh also visit for this fair. This fair is the symbol of communal harmony in the area.

Holy place Sitabri is about 45 km from the Baran city near the Kelwara Kasba. A big tribal fair is organised here on Jeshta Amavasya. The place has number of “Kunds” attributed to Sita, Laxman, Surya, Lav & Kush and taking a holy dip in them is considered auspicious. Lakhs of people come here for this fair which is taken as Kumbh in the Sahariya tribe. The Swyambar (marriage function) of Sahariya tribes is organised in this fair where people comes from all over Rajasthan state and adjoining Madhya Pradesh A Sahariya boy drops the handkerchief for proposing Sahariya girl in the fair, if the Sahariya girl accepts the Handkerchief, it is said that they are agreed for marriage. The bride and grooms take the 7 rounds (sat phere) of the Barnawa tree and after the blessings of their parents they are accepted as married couple. This fair is also called animal fair where good varieties of Cow, Buffalo etc. selling-purchasing are made. It provides an ideal opportunity to view the tribal life style.

This is the one of the oldest folk festival of the Rajasthan state. This festival is organised every year in the Kishanganj town on the occasion of Holi festival. The local residents of the town started this festival by the marriage ceremony of the ‘Tulsi’ plant with the statue of God Charbhujanath in their home for more than 120 years ago. It is the tradition in the families that after the marriage, groom comes to in-laws home with their friends to play Holi. This tradition is followed by the God Charbhujanath and all the residents of Kishanganj town. On the day of Holi-Dulandi, lots of Swang (type of drama) is being played in the town whole day. Some of the famous swangs are Gidh-Rawan-Yudh, Band-Bandi swang etc. In the night big ‘Shobhayatra’ known as ‘PhulDolo’ is taken out in the town. Lots of people from nearby places come to witness the festival.

Located at a distance of around 80 km from Baran, Shahabad Fort is considered to be the strongest fort in Hadoti region. Mukutmani Dev, a Chouhan Dhandhel, built this fort in 1521 AD. It is situated amidst the high mountain ranges in a dense forest. Kundakoh Valley surrounds the fort from its two sides and the other two sides of the fort are surrounded by high rocky hills and ponds. It is believed that the fort consisted of eighteen cannons amongst which one was 19 feet high.

Sitabari is an ideal picnic spot in Hadoti area., situated about 45 km from Baran in Kelwara kasba on National Highway road connecting Shivpuri- Gwalior. This is a holy worship place. It is well known in the area that ‘Sita mata’ has lived in this place after being left-out by Bhagwan Ram. This place is also known as the birthplace of Lav & Kush. There are several Kunds in Sitabari namely Balmiki Kund, Sita Kund, Laxman Kund, Surya Kund, Lav-Kush Kund. Sita-Kuti is also situated in the forest area near the temple. The tribal Sahariya fair is held at this place in the May/June every year.

Shershah fort is situated at a distance of 65 km from Baran in Tehsil Atru. It is situated on a hill-top on the banks of River Parban. Shershah from the Sur dynasty had captured this fort during Malwa Reign and the fort got its name from him. It is one of the oldest forts of India. Scriptures present in the fort suggest that the fort was ruled by Samanta Devdutta in 790 AD. He had built a monastery and a Buddhist temple in the premises of the fort as well.

The fort is about 73 km. from Baran in Kishanganj tehsil. Fort is an impressive structure in red stone and a fine example of the Mughal architecture.

Bilasgarh is situated in Kishanganj Tehsil, 45 km away from Baran city. Once a well-developed city, Bilasgarh was destroyed on the orders of Emperor Aurangzeb. A historical tale suggests that Aurangzeb was attracted towards the princess of Khechi kingdom, the rulers of Bilasgarh then and he had ordered his troops to bring her to him. The princess chose to die than to become Aurangzeb’s queen and hence, committed suicide. The spot where she committed suicide is now known by the name of ‘Kanya Dah’. Agitated by this act, the troops of Aurangzeb destroyed the whole city of Bilasgarh. The ruined city lies in a lonely place inside a dense forest. 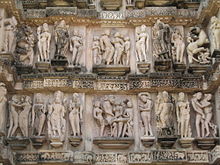 Famous by the name of ‘Mini Khajuraho’, Ramgarh-Bhand-Devara temple is located at a distance of 40 km from Baran city. Lord Shiva temple at Ramgarh was built in the 10th century and it looks similar to the famous Khajuraho temples. There are Maithun statues built in the premises of the temple and hence, it got the name Bhand Devara. The temple is presently under the ownership of the archaeology department

This temple carries a historic importance and is another tourist attraction. Jhala Zaalim Singh had built this temple at the hill-top. There are 750 stairs to reach the top of the hill. It has Kisnai Mata temple and Annapurna Devi temple inside its premises. In one temple, the goddesses is worshipped with sweets and in the other, meat and alcohol are presented to the goddess. Every year on Kartik Poornima, a fair is organised in the temple premises.

A place well-known for its natural beauty, Kapil Dhara is located at a distance of around 50 km from Baran. There is also a ‘Gaumukh’ housed in the premises of this place which is a famous waterfall of the region.

Kakoni is situated at a distance of 85 km from Baran city. The place is located on the banks of River Parban and is surrounded by Mukundra mountain range. It is believed that the temples located here were built in the 8th century and are believed to be the remains of Vaishnav, Shiva and Jain temples. Most of the statues of this temple are kept in the museums at Kota and Jhalawar. The place came under the ownership of archaeology department in 1970.

Soursan Mataji temple is also known as ‘Brahmani Mata Mandir’ and is located at a distance of 20 km from Baran in Soursan village. It is believed that the lamp ‘Akhand Jyot’ inside the temple is lightened since the last 400 years. Every year, on Shiv Ratri, a fair is organised in the temple premises.

Spread across an area of 41 sq km and extended to a length of more than 17 km, Soursan Wildlife Sanctuary is another tourist attraction of the district. The sanctuary is situated on a wasteland with a number of small ponds and lakes and it houses various breeds of birds, animals and reptiles. On the western side of the sanctuary, River Parban flows and towards the eastern side, there are a number of villages and an area of fertile land.