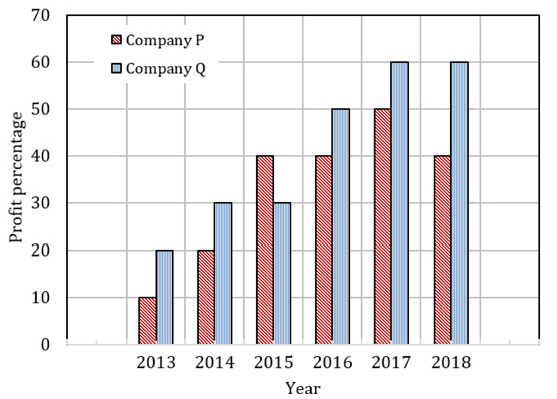 1. m1 and m2 are the roots of the characteristic equation of a linear second order physical system. Match the nature of the roots with the natural response of the system.

2. A person is sitting in a chair with feet on the ground. While rising up on his feet, the kinematic motion NOT occurring is

3. The equipment that measures elasticity of blood vessel in vivo is

4. Biomaterials with shape memory effects are NOT used in

5. The MRI scanner parameter of long TRep or short TEcho will generate a ________contrast image

6. In diagnostic X-ray imaging, the following is NOT a part of primary EM radiation interaction in soft tissue.

7. A 5 MHz ultrasound pulse is used to image a tumor at a depth of 2 cm in a soft tissue. It takes time t for the reflected echo from the tumor to come back to the receiver. Instead, if a 2.5 MHz wave is used, how long will it take for the echo from the same tumor to arrive at the receiver?

The Laplace transform of

9. Which of the following are odd functions?

10. State-space model of a system is given as:

The conditions for the system to be controllable are

11. In microprocessor systems with memory mapped I/O, which of the following is true?

(A)  Only I/O devices with internal memory can be interfaced.

13. Which of the following is NOT a part of knee joint?

14. During a routine stethoscopic examination at the left midclavicular-5th intercostals space, murmurs were noted between first and second heart sound. The possible abnormality among the following could be

15. The thin filament of a muscle fiber is comprised of

18. The following recursion relation, when started from a finite positive non-zero value, converges to ______

19. In a nuclear imaging system, Sodium Iodide (NaI) crystals are used to detect gamma rays of 120 keV. The percentage (%) of gamma-rays that will pass through 1 cm of NaI crystal, assuming the Half-Value-Layer (HVL) of NaI as 0.2 cm, is ________ (rounded off to one decimal place).

20. The distal end of an endoscope is placed at a distance of 1 mm from the gastrointestinal wall. The refractive indices of the fiber core and cladding are 1.5 and 1.45, respectively.

The maximum field of view for the endoscope is _______ degrees (rounded off to one decimal place).

21. Two inductors with the details given below are wound separately on two identical ring type ferromagnetic cores.

22. Two days X and Y having concentrations in the ratio 0.25 in identical cuvettes were subjected to absorption measurements in a spectrophotometer. The estimated ratio of their absorbance is 0.5. The ratio of their molar extinction coefficients is ______.

23. Hydrolysis of one ATP molecule provides an energy of _______ kilo calories (correct up to one decimal place).

24. An 830 nm laser Doppler flow meter probe is oriented at an angle of 60° to the flow axis. If the average flow velocity is 3 cm/s, the magnitude of Doppler shift frequency (kHz) is ________ (rounded off to one decimal place).

25. A 100 mA single current pulse from a pulse generator is used for artificial pacing of heart at the right ventricle. If the delivered energy does not exceed the fibrillation threshold of 300 μJ, the safe duration of the pulse that could be applied to the tissue mass having an impedance of 500 Ω is ________ μ

26. The resting potential of a mammalian nerve cell is −80 mV. A certain drug administered to the body changes the intracellular K+ concentration from 150 mmol/L to 55 mmol/L. The nearest value of cell membrane potential after the drug administration, assuming that the external equilibrium of K+ does not get changed during the event, is

27. The arrangement of four resistors of equal value in the diaphragm of a physiological pressure measurement catheter is shown below. The applied pressure is observed to cause an increase in length of resistors R2, R4 and an increase in cross sectional area in R1 and R3. The operation results in an equal change in the values of all four resistors. Which among the configuration given below should be used to connect the resistors to form a Wheatstone bridge so that bridge output voltage is proportional to the change in resistance of individual resistors? 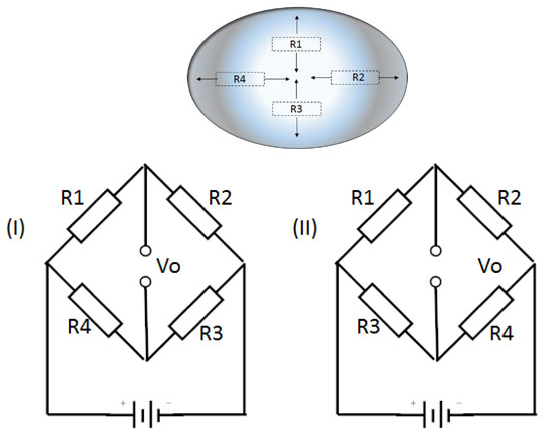 28. For the given input voltage, Vin = 10 sin (2πt) to the functional circuit shown below, the output signal will be

30. Two loads are connected to AC supply mains as depicted in the figure. One load draws 10 kW whereas the other load of 10 kVA is operated at 0.6 pf lagging. To achieve an overall power factor of 0.9544 lagging, the nearest kVAr rating of the capacitor bank needed to be connected across the supply mains is equal to 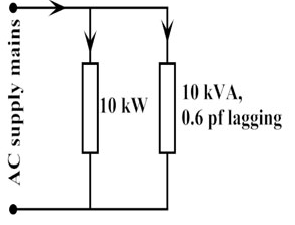 31. The nearest value of power dissipated in the 3Ω resistance in the circuit is 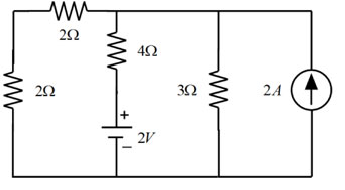 where ω1 and ω2 are the respective 3dB cut off frequencies.

33. Match the bridge type with the application given below: 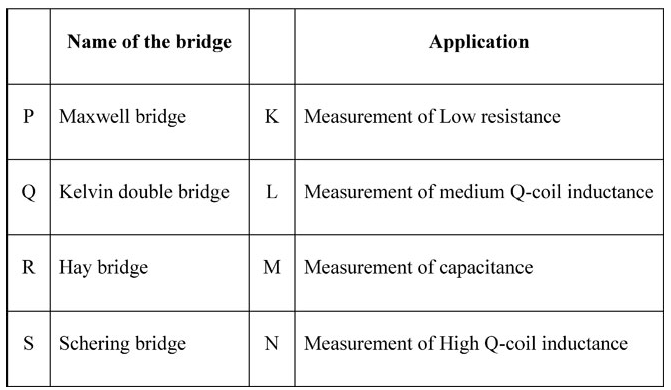 34. For a non-unity feedback system with

35. Match the Boolean expression with its minimal realization

36. The glomerulus filtration process of kidney is modeled as a flat membrane with pores of radius 1 nm and length of pore 60 nm. The viscosity of the fluid is 0.002 Pa s. The aggregate area of the pores makeup 5% of total surface area of the membrane. The average pressure on the blood side of the membrane is 8000 Pa and on the ultrafiltrate side is 6200 Pa. The total available area of membrane is 1.5 m2. The nearest value of resulting filtration rate in cm3/min is

37. During resting state, the voltage outside the cell membrane compared to that inside the membrane is _______. Under such conditions, the intracellular and extracellular regions have _______ and ________ concentrations, respectively.

39. A 60 kg person is standing on one foot on force plate. The ground reaction force is found to act 40 mm anterior to the ankle joint. The mass center of a foot is 60 mm from the Trochanter Knee Ankle (TKA) line. If the weight of the foot is 0.8 kg, the closest value of magnitude of moment acting on the ankle joint is

40. The temperature of bone cement is increased from 37°C to 87°C during the femoral hip arthroplasty. The cement thickness is noted to be 20 mm. The stress developed due to exothermic reaction of bone cement during the polymerization process and shrinkage of the bone cement, respectively, are

(i) bone, cement, and implant are modeled as a set of concentric cylinders

(ii) no direct adhesion takes place between bone and cement

41. A patient is initially imaged in a 1 Tesla MRI scanner and induced voltage is found to be equal to V1. The expression for the magnitude of the received voltage in RF coil is given below.

When the patient is shifted to a 3 Tesla MRI scanner that uses the same RF coil and the slice thickness is halved, the magnitude of the induced voltage was found to be equal to V2. The ratio V2/V1 is

42. A 3 MHz ultrasound transducer transmits a 3-cycle long pulse into a soft tissue at normal incidence to fat and liver interface. The axial resolution (mm) and the amplitude reflection coefficient at fat-liver interface, respectively, are

43. The forward biased current of a silicon (SI) diode is being calculated from the exponential model of the V-I characteristics. If the diode current ID = 1 mA at a voltage drop VD = 0.7 V, the nearest value of ID when VD = 0.8 V is

where R is the first quadrant of the circle with center at the origin and radius of one unit.

47. A gynaeocologist recorded the blood pressure (BP) of patients as shown in the Table below. Using Regression processes, the diastolic BP of a 38 year old patient (mm Hg) is  ______ (rounded off to two decimal places).

48. A person in standing position first flexes the hip by 50° from the initial Trochanter knee ankle (TKA) line and then flexes knee by 20°. The distance of ankle joint from the initial TKA line is _____ (rounded off to nearest integer).

(ii) the distance between knee joint and ankle joint is 300 mm.

49. A chest radiograph of 36 cm × 48 cm is digitized. If we want to preserve details in the image to a spatial resolution of 6 cycles/mm, the approximate image data size in MB for an 8 bit quantization is _______ (rounded off to two decimal places).

(use linear attenuation coefficient for soft tissue and blood at 50 keV as 0.4 cm−1 and 0.2 cm−1, respectively)

51. The wavelength of an electron accelerated to a potential of 1V is ________ nm (rounded off to two decimal places).

52. In a permanent magnetic moving coil (PMMC) instrument having following specifications, the angular deflection of the pointer for a coil current of 100 μA will be _______ degrees (rounded off to one decimal place).

53. Arterial blood extracted from a healthy adult showed an oxygen partial pressure value of 40 mm Hg. The total oxygen content in the arterial blood measured in %V/V is ________ (rounded off to one decimal place).

54. In the process of measure blood flow from an artery using C-clamp magnetic flow probe, the voltage recorded across diametrically opposite sites of the artery is 3.75 nV. The blood flow rate through the artery is _____ cm3/s (rounded off to two decimal places).